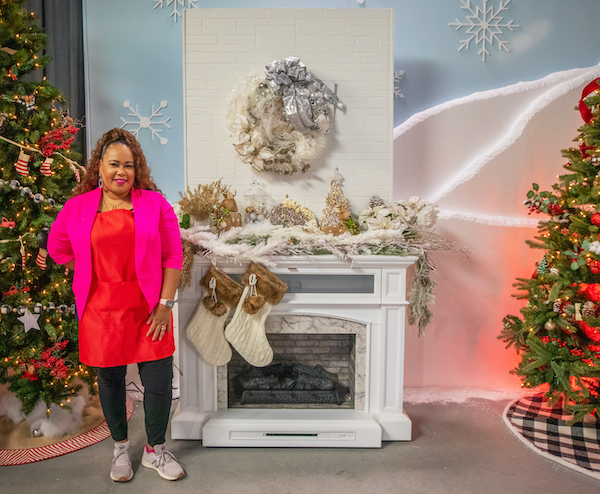 In E'MAGINE By Shaunda Eggleston

Behind the Scenes of Sleighed

We’d guess by now you’ve heard all the buzz and seen our very own Shaunda Eggleston on The Design Network’s holiday reality show Sleighed!

Check out our last blog post, Prepare to be Sleighed, to find out more about how Shaunda got picked for this fantastic show.

It was so much fun for Shaunda to see a bit behind the scenes of a reality TV show. However, things were different from all of the COVID-19 protocols, masks, and physical distancing, wherever possible.

The crew and judges could not be sweeter. And when she showed up, she actually knew the other contestant. She is someone our team had been working with on an upcoming wedding. 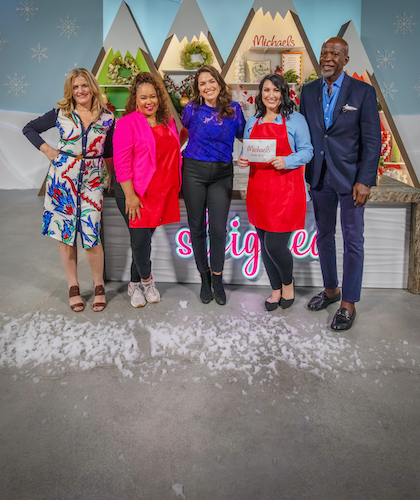 Shaunda took along her trusted friend and makeup artist, who had her looking fabulous. But who also bailed her butt out when some of the scissors on the set wouldn’t cut. We guess the crew thought she was kidding when she said – ‘Can a Sista at least get a pair of scissors?’ 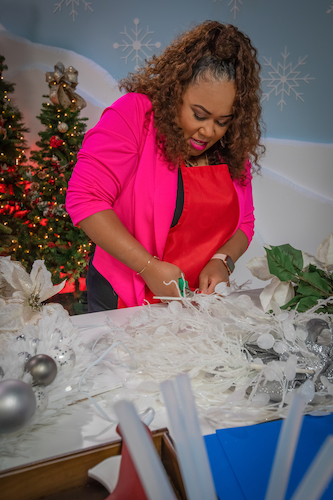 The crew really liked Shaunda’s design, and we think if she had included words in her wreath, she would have won. But, you have to follow the rules, and Shaunda wouldn’t be Shaunda if she didn’t break a few rules.

So, what happened? ‘While I was working on the wreath, I somehow lost my Y. The only letters left to use were red, and it was changing her overall color palette.’ 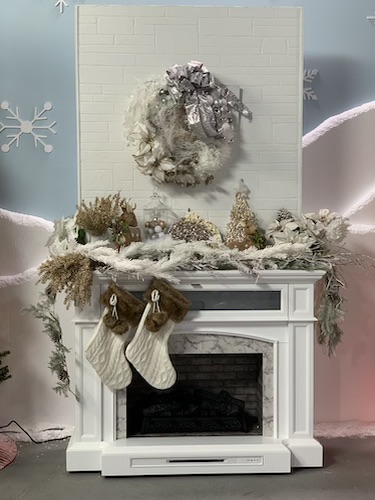 Had she known that she could run to her competitor’s table to grab some letters from the TWO packs she took, things might be different.

Regrets, She Has A Few

Shaunda says she regrets not grabbing one of the boards with words and designing her mantelpiece around that.

And, the dang popcorn – she wishes she had just put that darn popcorn in a vase, thrown some glitter with the ornaments, and called it a day!

But, at the end of the day, Shaunda likes people recognizing her from a design TV show and getting some excellent exposure for our E’MAGINE Events & Co team. 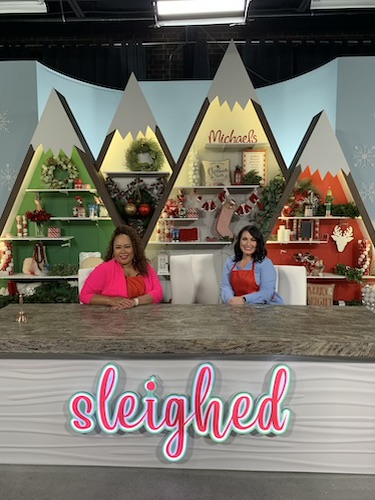